The Curious Case of OWE

Right now, wrestling is really weird. Keep in mind this is an industry where an undead magical zombie man can be considered one of the industries biggest legends, and where you could see a future movie star perform a song all about “pie”.

The world is effectively living through a movie plotline right now, so many promotions having shut shop, while others try to carry on with no one there, what if I told you there was still a promotion, running more than one weekly show, in front of a live crowd, with a range of talent from across the world?

If the name sounds vaguely familiar then you obviously watch All Elite Wrestling (AEW), like many western wrestling I first heard of this promotion when they partnered with AEW in 2019 as their official partner in China. This would lead to SoCal Uncensored (Christopher Daniels, Frankie Kazarian and Scorpio Sky) travel to China to do some work with OWE, and in return the team of Strong Hearts led by Cima, face off against the as yet uncrowned former AEW Tag Champs at Double Or Nothing in May.

OWE offered a yet further evolution on wrestling, clearly influenced by Japanese strong style in many areas, they blended this with China’s own martial arts culture, creative a faster paced, yet still hard hitting, style. It’s no surprise that many of their home grown talent make use of various styles of kung-fu during their matches.

2019 was a mixed back for the Chinese promotion however, with some successful tours in Taiwan, Japan and even Canada, but some setbacks like a series of cancelled UK shows. Given the company’s relatively small size (compared to their Jacksonville based partner), you might assume that like so many promotions right now they’ve shut up shop until fans can return. But you’d be wrong, the fan’s never left.

From their own bar/events centre in Siem Reap; a tourist hotspot in Cambodia. Fans are frequently in attendance and frequently come alive, reminding you of what’s missing from many US based promotions right now. They have talent from around the world (although mostly from China obviously) and manage to have a blend of action and engaging characters. But before breaking down what you see, first thing we must answer is how they’re running shows at all.

(Fowls Edit: Changed from 199 recoveries to 119 – See tweet at end of article) As of writing this, Cambodia only has 122 confirmed cases of the Coronavirus, with 119 recoveries. That number may sound shockingly low to European’s or American’s, but when you examine figures throughout South-East Asia, you find their cases are far lower.

Obviously, the appeal of seeing a show with fans is only going to go so far in encouraging you to watch OWE. It has to be good as well. There’s something of a Bar Wrestling or NGW feel to it. It’s obviously not a packed event, even with Cambodia less affected by Coronavirus they’re still taking precautions. But you can see and hear the fans come alive during matches, and the commentary frequently jokes that the beer has finally kicked in (which would explain why their loudest shows are generally on a Friday).

When I compare OWE to certain Indies, it’s meant as a compliment. Most of the matches focus on in-ring performance as opposed to character work; one of the limitations of airing to a primarily Western audience via Fite when most of the roster can’t speak English. But it’s in this the excel at being able to blend martial arts and wrestling, particularly in triple threats and tag matches to showcase hard kicks and incredible flexibility.

All these matches, single, tags, multi-man all form part of a season long tournament with the person who racks up the most points going on to a OWE Title shot at a show planned for Japan (if it’s possible to run their, otherwise it will happen in Cambodia) in June.

From just this season alone the live-chat feature with FITE TV often has fans fantasy booking matches with more familiar stars such as Will Osprey, Rey Fenix or Kenny Omega against OWE stars such as Scorpio X.X (who has a Jimmy Havoc-esk look to him), Bruce Mao or “The Flying Prince” Gao Jingjia, a man who can jump across 14 other people crouching down.

Speaking of the live chat function with their broadcast partner, OWE takes full advantage of this aspect to live shows, reacting to comments and questions by fans and even posing ones to them, such as recently asking the live viewers to name the “Black Tornado” Renway and “The Barbarian” Ma Dong.

That being said it’s not all ring action and no character. Two of the standouts of this season of OWE have been “Hunbelievable” Benji, a Hungarian wrestler who recently ended a show with a performance that made you think Sammy Guevara is actually a good singer, and US muscle-man OC Damon.

Focusing on Damon here, he has a rather interesting character and is, as of writing this, currently sitting atop OWE’s rankings. When Dean Ambrose started portraying a germaphobe in WWE it was clear to us all, his heart wasn’t in it, and this was just a rehash of many previous “the fans are gross” Heel characters. Yet with the current pandemic situation around the globe, and being played by a man both invested in the gimmick and with creative control over it. Damon has taken the rough idea and made it work.

Coming to the ring in a face mask and plastic over-clothes, spray bottle of disinfectant at hand sterilising everything, including the microphone before starting. More than simply playing the “eww germs” angle, Damon gleefully plays up conspiracy theory and borderline xenophobic aspects to much of the online panic over Coronavirus, stating he is there to disinfect and vaccinate everyone in OWE and much wider. To sell this he’ll even produce a hypodermic needle and squirt out its contents.

It goes more than just in-ring however, or even his demanding promo’s before or after, and sometimes during a match. In a recent twist he won a match with “Iron Chain” Daisy, with the stipulation that Daisy be his “slave” for the week, be vaccinated and watch non-stop rolling news so he stops being a “sheep”. The effects of which are best shown by the commentary team.

At any other time, this character probably wouldn’t work. But with the world as messed up as it is, having someone who pushes this narrative, while also backing it up due to the clear size difference; OC Damon being built like a bodybuilder in comparison to most of OWE.

It strangely does work, and in the way a heel character should do. Watching OWE I’m not asking for him to never be booked, or just to get off the screen. I want to see someone kick his head in. Which is the same feeling you get listening to MJF in AEW or you used to feel about the likes of Roddy Piper. It’s the kind of heel you want on a show as you want to see them lose, not see them gone.

OWE is by no means perfect, they have acknowledged production values suffering, issues with the lighting, a lot of their roster (who you can see in full on their YouTube page where they upload past events) isn’t able to be there, and some of the interview segments between matches can drag on a little. There’s also just a general lack of experience running live shows, something OWE are not alone in struggling with. But it’s easy to focus on the negatives.

If everything was normal in the world, and in wrestling then OWE might be easy to overlook with all the options out there. But if you find yourself missing the fans, you want to see some new in-ring action, and find out how eventually someone will stop a madman who is just bullying most of the roster to deal with his own virus fears, now’s the time to check them out.

If I can suggest any one episode to get yourself into it, 1 May 2020 was fun from start to finish, 3 unbooked wrestlers had their displeasure about the lack of matches solved via a drinking contest. There was a very funny highlight package, followed by an amazing match between Jingjai and Bad Boy. OC Damon continued to be a lunatic, the lead commentator drank an entire bottle of Jim Beam on air, and there were even duelling fan chants.

(Fowls Update: 05-May-2020: 6.40PM GMT – Thanks to Eddie Salinas from OWE who offered up this edit note. Whoops. Sorry all should have caught that but here’s the tweet below)

Typo, he wrote we have 122 cases.of the Steve Corino virus and 199 recovered lol should be 119 based.on when it was written. But now we are at 120 recovered.

(Fowl’s Note : Thanks to Adam for this great introduction into Oriental Wrestling Entertainment. Please let us know if you want to hear more about OWE. If you would like to write a guest piece for the site about wrestling or general geekery email fowloriginal@gmail.com and we can get the ball rolling. Also check out patreon.com/fowloriginal for some exclusive and early access content too) 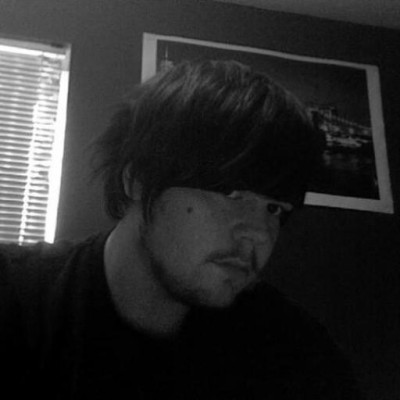 Welcome To Fowl Original. If you’ve made it here and want to learn more head to the About Section if now then look through the recent blog posts. Remember this is still a Work In Progress so don’t mind the Wet Paint

Check us out on social media and Support The Channel